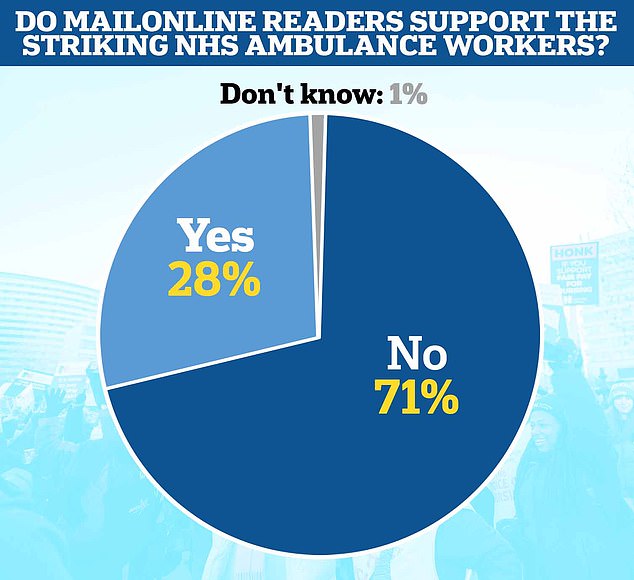 Ambulance workers are on strike today in an ongoing protest over wages and working conditions.

Up to 25,000 ambulance staff, including NHS paramedics and emergency call handlers, will organize walkouts.

This follows similar strikes that took place in the run-up to Christmas.

Today’s disruption was organized by trade unions GMB and Unison, which have demanded the government pay workers more amid the cost-of-living crisis.

Readers of MailOnline were asked today if they support the striking NHS ambulance workers. Here are 20 of the top-rated comments…

Responses to MailOnline’s poll as of 23:40 GMT today 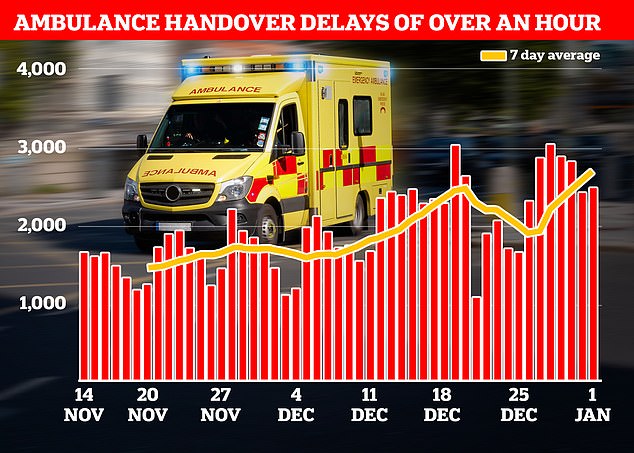 NHS data showed ambulances registering delays in transferring patients to emergency departments in the week to January 1. More than a quarter (18,720) had to queue for more than 60 minutes before turning their patients over to A&E (shown in graph) 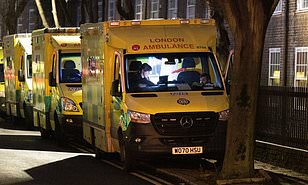 Do YOU ​​support the striking NHS ambulance workers? Vote here and tell us why…

No, I do not agree that they are striking. They are just jumping. In fact, they are already well paid. The Conned, Fox, United Kingdom

I have great admiration for them. But they are not poorly paid. Wendyquay, somewhere in Scotland, United Kingdom

No 100%. The NS itself is the problem. It cannot be solved by giving it more and more. They can solve their own problems with the huge amount of money they already get. RH6mre2, The South, United Kingdom

Compared to many other jobs I think they are well paid. But this is not about wages. It’s nothing but politics. Many unions who strike together simply want to bring down the government. So I’m glad the government is retaliating by introducing new strike laws. Acestrike, Leicester, United Kingdom

Personally, I have never supported strikes. The simple truth is that they are counterproductive. Even if the strikers’ demands are realized in the short term, serious reputational and financial damage is done to the organization or company. There will be a price to pay later in terms of job security and investment. Shed13, Swindon, United Kingdom

No absolutely not. They have had two increases of 3% and 4% in the last two years and the NHS has injected more money than ever before in recent years. Nurses are already fairly paid and they get a very generous pension, much better than most people. Andy, Manchester

No, I do not support any of the strikes and urge the government to stand its ground DaileyDel, Leicester, UK

Absolute. The money available should go to them first, long before the overpaid machinists! Jock Tamson, The Athens of the North, United Kingdom

No, I don’t. They took an oath to assist people in serious trouble and beating is a dereliction of duty. Even if they have not taken the oath, no one should be in pain to possibly die. Hans. Muller, Hanover 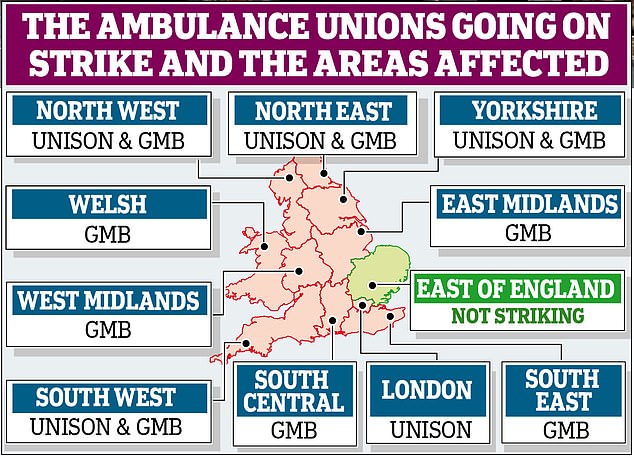 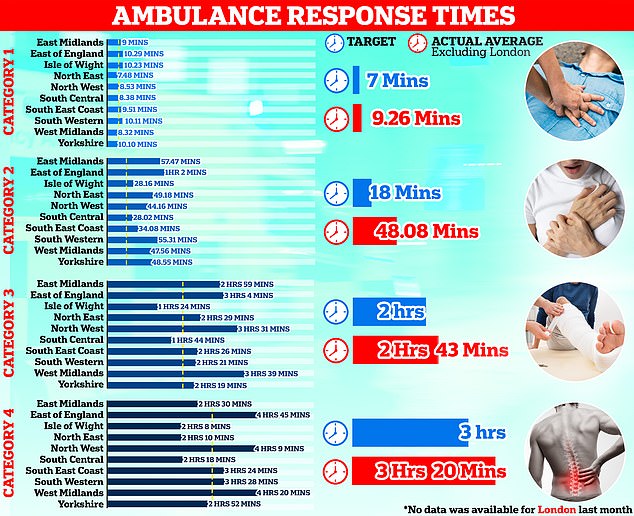 I can’t understand why paramedics, machinists and nurses are the only ones affected by the cost of living? Especially when they’re all pretty well paid to begin with. Gobsmacked, somewhere in Kent, UK

No, I never support strikes. If you’re not happy with your work, change it. Crochetcrafter, Colechester, UK

No – find another job if you don’t like the pay and conditions. Mark from Manchester, Manchester

Good companies with good management don’t go on strike because they don’t have to go on strike GPCody, London, UK

Absolutely not. The NHS is over-funded as it is. It needs to stop wasting OUR money. Cut out the non-jobs and wokism. TheUnbeliever, Bromsgrove, United Kingdom

The ambulance service has been hopeless for years and they don’t earn more money. 5 years ago my 92 year old mother fell outside and had to lie on concrete for 5 hours after we called an ambulance. An elderly neighbor of ours fell on a frosty winter night 4 years ago and lay on concrete for 6 hours waiting for an ambulance with a broken shoulder. A neighbor died this week after falling outside and being told to wait 36 ​​hours for an ambulance! Penny, East Anglia, United Kingdom

This NHS service needs a complete overhaul, with an independent efficiency assessment I’m sure (from what friends who work in the service tell me) we can identify savings that will allow us to review wages. The levels of management have not kept pace with the flatter management structures now found in the industry. Police and fire brigade also have to be overhauled, why do we have brigadiers, inspectors, chief inspectors, superintendents, chief inspectors, ACCs and chiefs of police? Someone needs to take the plunge and deal with the nationalized corporations that are holding us back. But with our current crop of politicians, I will not hold my breath. Mike_C, Manchester, United Kingdom

They should let the people at Dragons Den run the NHS. Get rid of overpaid and under productive management. There will undoubtedly be many levels that are not necessary. It’s such a shame. There is more management than front line staff and the money could go to them. Michael D. Webb, Warrington, United Kingdom

No. I really hope they get a ‘fair’ raise, but in 44 years of continuous employment I’ve never felt the need to go on strike! I was always leaving and/or getting a better job, or working overtime to support my family. Why can’t they? Snorkel, CryBabyRemoanLand, United Kingdom

Do you not like the work or do you feel that you are being underpaid?……. Then go and try another job. No one is holding a gun to their head. I guarantee that if you left and went to work in a warehouse or a factory for minimum wage, you would run back quickly. Pennykid27, Staffordshire, United Kingdom

At a time when people saw work in education, medicine and care as a calling, ideals before politics would have gotten behind the current strike wave. Displeased Dinosaur, Cardiff, UK

In other related news…

Only call an ambulance for a ‘life or limb’ emergency, the public will be warned as the 999 crew begins the latest strike which will ’cause even MORE disruption than the previous strike’

‘It’s worse than Ukraine’: Doctor says hospitals are so overrun they are having a harder time than war zone medical centers