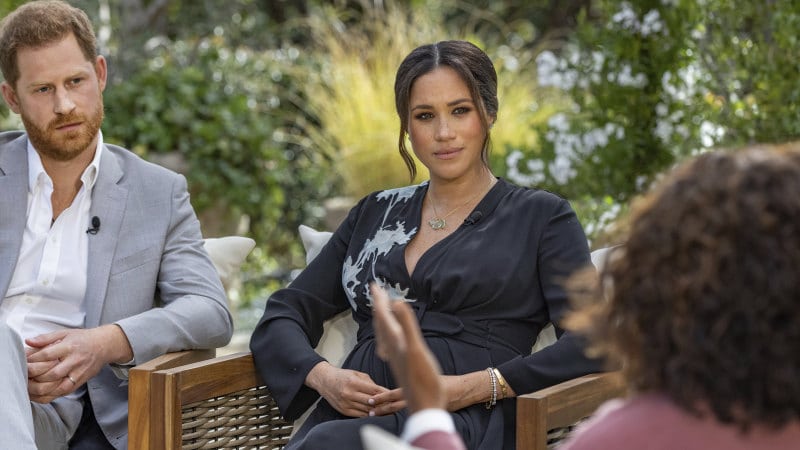 This is a woman who has had QE2’s ear since 1960, who has served the royals at thousands of posh events, who has known the power of words through her husband’s career. Still, she couldn’t think of an icebreaker more sophisticated and nuanced than asking a domestic violence campaigner where she was “really” from. Is this the sort of thing that has been said behind palace doors for decades? And were any condescending, colonialist conversations ignored or, worse, waved off by the last monarch as part of the furniture?

Certainly, the lady’s attitude – and the questioning Meghan described – was defended by the Queen Mother’s biographer William Shawcross: “Many of us have asked strangers of all colors and accents where they come from. It is no more racist than family members speculating about the physical characteristics of an unborn child.”

Worst own goal of all time.

The racism squabble overshadowed Camilla’s now infamous palace event, in which three queens, a princess and Ukraine’s first lady joined forces to call for an end to violence against women. It was a powerful event and the first time a British queen had been so overtly political – that would have been the headline the royals wanted.

It could also raise the temperature of glamorous Wales’ current three-day US tour for William’s Earthshot Prize. Tricky questions, anyone?

Above all, it’s a PR win money can’t buy for the Sussexes as they debut their Netflix TV reality series next week – and perhaps a reason for the Windsors to retire from anyone whose opinion is as dirty as the curtains, quick smart.

See also  Thousands of non-white kids find themselves enrolled in a US military program. Critics say it’s not a coincidence

Kate Halfpenny is the founder of Bad Mother Media.