Staffers at the company stated in internal documents that they considered the ‘historical context’ as well as the ‘current climate’ when deciding to ban Donald Trump from Twitter.

Matt Taibbi, a journalist, shared these claims in a new Twitter thread Friday night was one week since the company’s first tranche of the so-called “Twitter Files” was shared.

Taibbi wrote, “The world knows a lot about the story of what occurred between riots in the Capitol on January 6th and the removal from Twitter of President Donald Trump on January 8th.”

‘We’ll show you what hasn’t been revealed: the erosion of standards within the company in months before J6, decisions by high-ranking executives to violate their own policies, and more, against the backdrop of ongoing, documented interaction with federal agencies,’ he added. 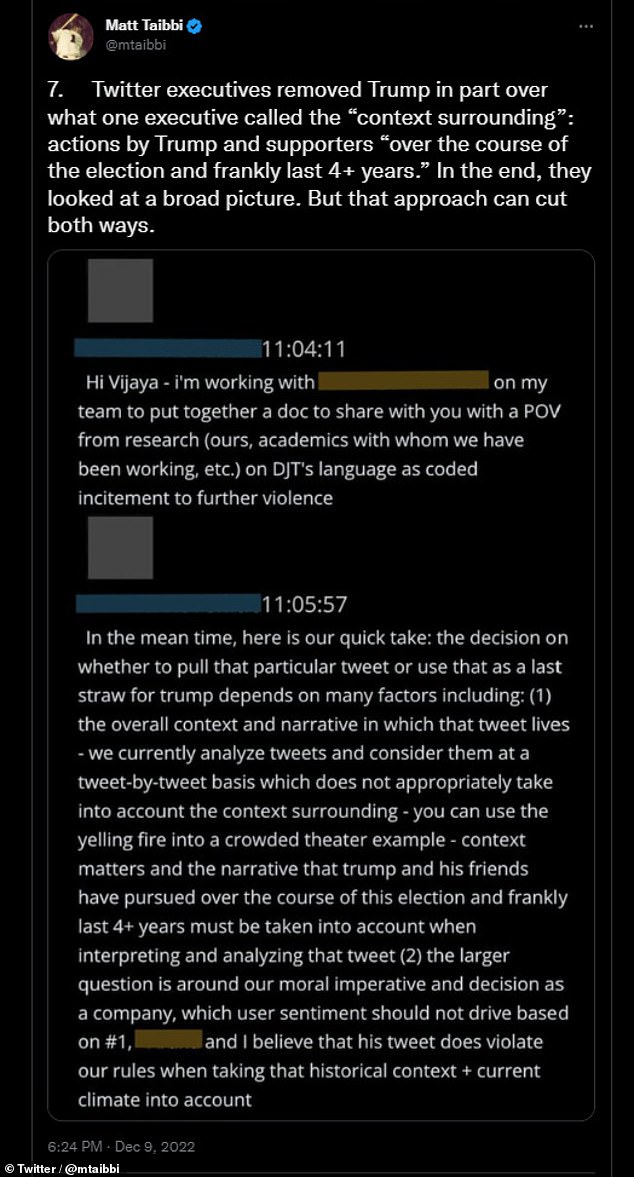 Taibbi said that his posts on Friday would cover the period between the 2020 election and January 6, to be followed by additional publications of internal Twitter documents by Michael Shellenberger on Saturday and Bari Weiss on Sunday.

Shellenberger is an author that focuses on contrarian views about climate change. Weiss, an independent journalist, runs the newsletter Common Sense. She recently rebranded it as The Free Press.

Story in development, more to come.