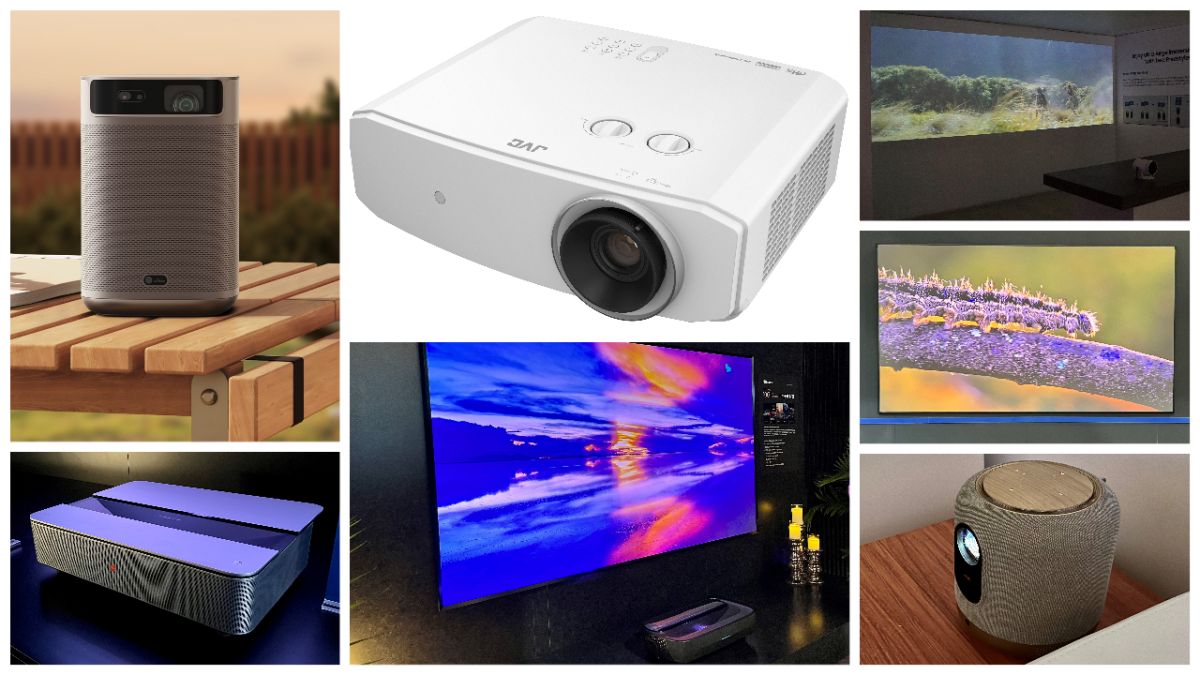 I traveled to CES 2023 mostly to check out new TVs, but as I wandered through the huge, crowded halls, I kept coming across a related product category: projectors.

The best 4K projectors are now available in a variety of flavors including long throw, ultra short throw and portable versions, and all of them were represented at CES. Honestly, I was surprised by the number of projector brands on display at the show. We clearly live in an era of big screen TV, with no shortage of options for getting cinema-sized images at home.

While I haven’t seen all of the projectors at CES, I’ve had the chance to spend quality time with most of the projectors below. The range is equally weighted between DLP based ultra short throw and portable models, with JVC’s long throw DLP projector thrown in for good measure for its gaming capabilities – and affordable price.

The AWOL Vision LTV-2500+ ($3,499) was set up in an open position with bright overhead lights. Still, the rendered image had good brightness, contrast, and color saturation given the challenging environment.

A feature of the LTV-2500+ (and LTV-3500) not found on other ultra-short-throw models is 3D support. Although there are few new movies on 3D Blu-ray, there are still 3D fans with the best Blu-ray players and disc collections, and the company added that feature in response to user requests. (AWOL includes active shutter glasses with the projector.)

The LTV-2500+ can also handle both HDR10 and HDR10+ high dynamic range formats, and Dolby Vision support is coming soon, added via a firmware update according to a company representative I spoke to at CES. Furthermore, the projector comes with a Amazon Fire TV Stick 4K Max for streaming and has an HDMI eARC port for connecting an external soundbar. It also looks to be a good option for gaming, with a specified input lag of 30ms with 4K sources and 17ms with 1080P sources.

Hisense had a full range of new projectors on display at CES, including an 8K and several 4K ultra short throw models plus a new laser-guided portable projector. The one that caught my eye was the L9H TriChroma Laser TV, no doubt because of its triple laser light engine with exceptional brightness (3,000 ANSI lumens). Like the AWOL UST model, the L9H is specified to deliver 107% coverage of the Rec.2020 color space and features Dolby Vision high dynamic range support as standard.

For 2023, the Hisense Laser TV range will change from Android TV (ugh…) to Google TV. This interface upgrade makes using the projector just like navigating a regular smart TV, except in this case one with a 100- or 120-inch screen. The new ambient light rejection screens that come with Hisense’s projectors have also been upgraded, going from negative gain to 1.0 gain for improved brightness.

Other L9H features include Wi-Fi 6e support for high-bandwidth streaming, AirPlay 2, and a built-in ATSC 3.0 tuner for viewing next-generation digital TV broadcasting in the US.

Close to Hisense’s main stand was a dark room with another impressive ultra-short-throw demonstration, this one from famed German camera maker Leica. The company’s new Cine 1 Laser TV is a collaboration with Hisense and, like the Hisense L9H, is a three-laser model, but with a light output of 2,500 lumens. Like the Hisense, it features Google TV’s smart interface, has a built-in TV tuner (although it’s not ATSC 3.0 capable) and comes with 100- or 120-inch screen options.

As a camera company, you’d expect Leica to get involved in lens design for the projector and that’s exactly what happened. I must say that the image projected in the company’s booth looked perfectly clear. Leica Image Optimization (LIO) processing is also on board to improve image quality, and there’s that beautiful perforated aluminum with red dot housing that echoes the elegant design of the company’s cameras.

The Cine Laser TV will be available in Europe this spring and will arrive in the US later this year for a starting price of $8,295 (for the 100-inch model).

from Samsung The freestyle is currently our top pick for portable projectors due to its smart and versatile design, allowing for a wide range of indoor and outdoor projection applications. It’s also an affordable portable projector option given all the cool things it can do, including streaming apps with the same Tizen smart interface found on the company’s TVs.

For 2023, a revamped The Freestyle will get Samsung’s Gaming Hub for cloud-based gaming through apps like Microsoft Xbox, Utomik, and Amazon Luna. And thanks to the New Edge Blending feature, two separate Freestyle projectors can be combined to create an ultra-wide 21:9 aspect ratio (shown in the image above) with automatic keystone adjustment. Game on, Samsung.

The portable projector space is getting busier, with laser-based 4K models being offered by a host of known and unknown manufacturers. If you stop by the Formovie booth to see if it’s excellent Theater Projectorthe world’s first to support Dolby Vision HDR and with a powerful Bowers & Wilkins Dolby Atmos audio system built in, I came across an intriguing new portable model that had recently launched: the V10.

The V10 is a 4K projector with an LED-based light engine rated for a light output of 2,500 ANSI lumens and capable of beaming images from 60 to 150 inches. The specs also list a 240Hz refresh rate with HDMI 2.1 connections and 12ms input lag when gaming. Streaming with the V10 is done via the Android TV smart interface.

While all those specs look good, especially in terms of gaming, the real reason you’d buy the V10, which is available and costs around $2,000, is the looks. With a natural wood top control panel and fabric-covered housing, this is one of the most beautiful portable projectors I’ve seen to date, and one that’s definitely worthy of a top spot in your living room.

I didn’t get a chance to check out the Xgimi MoGo 2 Pro in person – at the CES event I attended where it was supposed to be showcased, an Xgimi rep was there, but the MoGo 2 Pro oddly didn’t – but given our positive experience with the Mogo Proas well as the company’s track record of delivering quality portable projector designs, I’m sure it will be one of the better models to come out in 2023.

In terms of specs, the MoGo 2 Pro is a lightweight (2.2 pounds) 1080p model with HDR10 support. The image size is said to extend to 200 inches, which means you can use this thing to project onto the side of a crazy shed. Most importantly, the Mogo 2 Pro looks cool and features the company’s Intelligent Screen Adaptation technology (version 2.0), which automatically aligns the image into a perfect and perfectly focused 16:9 rectangle no matter where you place the projector. places.

The MoGo 2 Pro will be available “soon”.

JVC’s LX-NZ30 is another projector I haven’t been able to personally check out, in this case because CES is too damn big and spread across the Las Vegas strip and main convention center. But I wanted to include it in this list because JVC has yet to make a bad projector and the LX-NZ30 seems to be a great option for both movie watching and gaming.

The LX-NZ30 is a 1080p DLP design that uses four-way e-shift to achieve 4K screen resolution. According to JVC, it supports “up to 1080P/240Hz input with a latency of only 6.25 ms.” Along with its HDMI connections, it features a DisplayPort 1.2a input for direct connection to a PC. The LX-NZ30 has a laser light source with dynamic dimming for enhanced contrast and offers flexible setup options including horizontal and vertical lens shift and a 1.6x optical zoom. 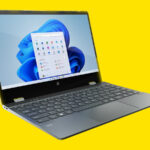