Chocolates are well-loved by so many people. People also prefer different intensities of chocolates that may vary from light to dark chocolate. Chocolate, especially dark chocolate, can be part of a healthy diet.

Chocolate is also one of the key ingredients being incorporated into the confectioneries, patisseries, cuisines and other food we like to eat. However, it’s important to be aware of the potential dangers of eating too much chocolate, as it can lead to weight gain and other health problems.

Despite being well-known, only few people are aware of this popular treat’s unusual beginnings. Complex techniques are necessary to manufacture chocolate. The process involves harvesting coca, refining cocoa into cocoa beans and shipping the cocoa beans to the manufacturing factory for cleaning, conching and grinding. After then, other sorts of chocolate products will be made from these imported or exported cocoa beans in other nations.

This article will explain to you it’s not-so-popular journey and the benefits you get from eating cacao.

Some people say cacao, but others say cocoa. But what’s the distinction?

Both terms are taken from the taxonomic classification for the cocoa tree, Theobroma cacao. As wondrous as the name implies, it is also Greek for ‘food of the gods’.

The cocoa tree is endemic to Central and South America’s tropical areas, and its fruit was eaten by pre-Columbian civilizations, such as the Mayans, several thousands of years ago. ‘Cacao’ is derived from the Olmec word ‘ka-ka-w’, and Aztec monarch Moctezuma II was known to like sipping xocltl, a frothy, bitter beverage prepared from powdered cacao seeds.

Do you know that cacao plants are edible in two parts? The seeds and the fruit. In order to become chocolate, they undergo fermentation, ground into a paste and sometimes sweetened so that they’ll taste like the famous chocolate treats you can see in the market.

According to the International Cocoa Organization, chocolate has traditionally been used as a high-calorie food to boost the energy of high-performing individuals, such as athletes or soldiers. Unfortunately, because of the techniques and materials used in the production of chocolate (sugar, milk and other refined components with a high-calorie content), it has increasingly been labelled as ‘junk food’ and has been connected to an increase in the number of obesity cases.

The True Value of Raw Cacaos

Unlike the popular chocolates that we know, eating raw cacaos has a multitude of health benefits. Nearly 60% of the antioxidants in raw cacao are lost during the production of chocolate. If you consume raw cacaos, you can obtain many of the nutrients.

More study has recently been done on the cacao benefits. Regular raw cacao consumption can enhance the overall mood and combat depression-related symptoms, improving one’s quality of life. Some cacao constituents may also lower the risk of cancer and cardiovascular illnesses. Additional health advantages of cocoa include aiding in weight control, serving as a source of antioxidants and lowering the risk of type 2 diabetes through cacao flavonoids.

The health advantages of eating raw cacao are brought on by a variety of phytochemicals found in cacao beans rather than just the fats found in cocoa (cocoa butter), which are less significant. These are plant-based substances that have physiological effects, such as those in grapes, apples, tea and vegetables. These substances fall into a category known as flavonoids.

Strong antioxidants known as flavonoids are thought to aid the body’s cells in fending off harm from free radicals, which are produced via a variety of activities, including the consumption of oxygen for energy. Low-density lipoproteins (LDL-cholesterol) linked to heart disease can be oxidised, according to laboratory and human studies on cocoa flavonoids.

Theobromine is also most abundantly found in cacao beans. Caffeine and theobromine both belong to the methylxanthines class of drugs, which has been thoroughly studied in terms of their effects on cognition and mental function. The central nervous system is known to be mildly stimulated by theobromine as opposed to caffeine.

Cacao is undeniably a superfood. This nutrient-packed superfood offers a variety of health benefits that are simply unmatched by commercial chocolates.

Raw cacao is a great alternative to processed chocolate, as it retains many of the same nutrients and benefits. When consumed in moderation, raw cacao can have a positive impact on overall health. Eating it raw is scientifically proven to be healthy because it has significant amounts of flavonoids, which may improve cardiovascular health, and theobromine, a bitter alkaloid related to caffeine that’s proven to enhance mood and energy.

If you’re looking for a healthier alternative to your favourite chocolate treat, look no further than raw cacaos. With all of the health benefits that you could get from eating raw cacao, it surely can have a great impact on your overall health. However, although they are packed with wondrous nutrients, eating in moderation and suggested servings should also be kept in mind. 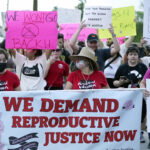