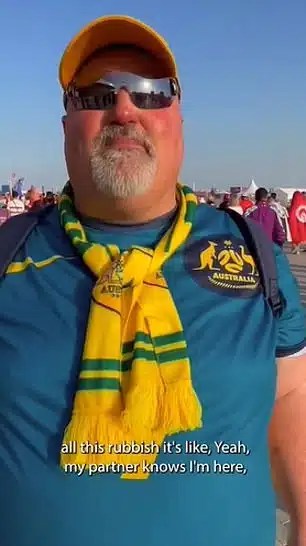 Socceroos fan who went viral for ‘s**t we’re on the f***ing television’ clip resurfaces in Qatar after a hilarious moment during a match in France…but insists he’s NOT has problems with his partner!

The Socceroos fan who went viral after his hilarious reaction while on television has resurfaced and has insisted he has no issues with his partner.

Social media erupted last week when an unidentified male Australian fan expressed extreme concern when he was on the big screen at Al-Janoub Stadium for the Socceroos 4-1 defeat to France.

The supporter’s bizarre reaction led to speculation that he may have lied to his partner about his stay in Qatar, or that he had given up his job to follow Australia’s World Cup campaign.

But the fan has given his side of the story and emphatically stopped making those jokes, insisting he was just surprised he was on television.

“Everyone says, ‘I wonder what happened? His wife is…’ all that nonsense. Yeah, my partner knows I’m here, you know?

“I don’t really understand why it went viral. Scratching my head a bit, I think people are looking for an Australian moment that they can identify with. ‘ 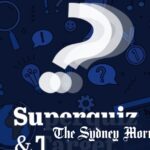