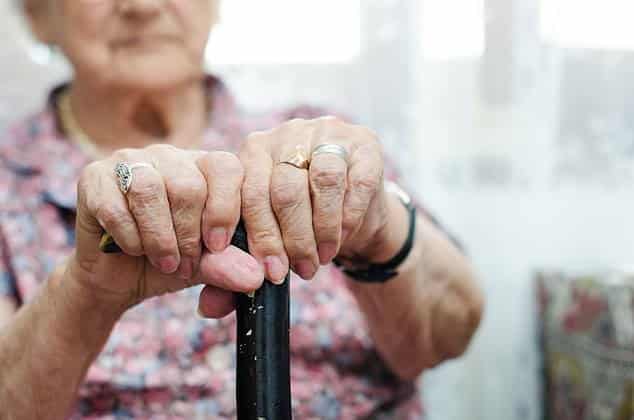 Scientists believe they have cracked the secret of aging.

A large genetic analysis of humans, rodents and fish found that the length of their DNA was directly related to their biological age.

Shorter genes were associated with a shorter lifespan, while longer genes were linked to better health and longevity.

Scientists believe that if they can hijack this mechanism, it could pave the way for a fountain of youth drugs that could slow or even reverse aging.

Dr. Thomas Stoeger, lead author of the study from Northwestern University in Illinois, said: “I think it’s very elegant that a single, relatively concise principle seems to explain almost all of the changes in gene activity that take place in animals as they age. .’

In the study, researchers looked at genetic data from several large datasets, including the Genotype-Tissue Expression Project, a National Institutes of Health-funded tissue bank that archives samples from human donors for research purposes.

In all the animals, the researchers noticed subtle changes in thousands of different genes in different samples.

This means that not only a small subset of genes contribute to aging. Aging, on the other hand, is characterized by system-level changes.

This view differs from mainstream biological approaches that study the effects of individual genes.

Since the dawn of modern genetics in the early 20th century, many researchers have expected to attribute many complex biological phenomena to single genes.

And while some diseases, such as hemophilia, result from single gene mutations, the narrow approach of studying single genes has yet to lead to explanations for the myriad changes that occur in neurodegenerative disease and aging.

After completing their animal research, the researchers turned their attention to humans. They looked at changes in human genes from ages 30 to 49, 50 to 69, and then 70 and older.

Measurable changes in gene activity based on gene length were already taking place by the time people reached middle age.

“Something seems to happen early in life, but it becomes more pronounced with age,” said Dr Stoeger.

Anti-aging researchers found that men in their 50s were biologically an average of four years older than their female counterparts.

And the gap already exists in people over 20, according to the first study of its kind.

Scientists compared the chronological age of thousands of volunteers — how many birthdays they’ve had — with their biological age.

This was done using tests that estimate the body’s deterioration based on subtle markers attached to our DNA.

‘It seems that at a young age our cells are capable of counteracting disturbances that would lead to an imbalance in gene activity. Then our cells suddenly can’t take it anymore.’

Northwestern’s Luis Amaral, a senior author of the study, said: ‘The result for humans is very strong because we have more samples for humans than for other animals.

‘It was also interesting because all the mice we studied are genetically identical, have the same sex and were raised under the same laboratory conditions, but the people are all different.

“They all died of different causes and at different ages. We analyzed samples from men and women separately and found the same pattern.’

But the scientists found that with age, activity in cells shifts to shorter genes, upsetting the balance.

This is compensated for in people with very long genes, because they have longer proteins available in cells.

Dr. Stoeger said: ‘The changes in gene activity are very, very small, and thousands of genes are involved in these small changes.

“We found that this change was consistent across tissues and across animals.”

Scientists hope the study – published in Nature Aging – will spur the development of therapies to slow down or reverse aging.

Currently, drugs target symptoms rather than the causes of aging, which Northwestern experts said was like using painkillers to reduce fever.

‘It’s the same here. The problem is the imbalance in gene activity. If you can help correct the imbalance, you can deal with the downstream consequences.”