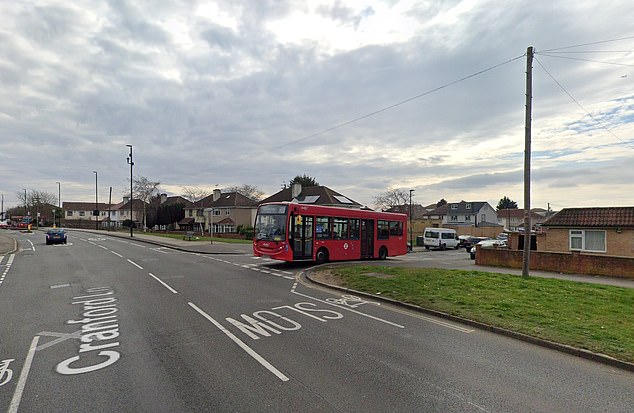 Scary as guy, 40, passes away after being struck by London bus in ‘hit and run’ before motorist, 59, is detained

By Danya Bazaraa For Mailonline

A 40-year-old man has died after being hit by a London bus in an alleged ‘hit and run’ as the driver is arrested.

The incident happened in Hounslow, west of the city, just before 7.20pm on Saturday.

Police were called at 9.20pm by staff at a west London hospital after a man was admitted with serious injuries.

‘Despite their efforts the man died a short time after arrival,’ the Met Police said in a statement.

A 59-year-old bus driver has been arrested on suspicion of causing death by dangerous driving and failing to stop at the scene.

A man was hit by a bus in Cranford Lane, junction with Armytage Road, Hounslow, west London (stock image of the location)

He was taken into custody and has since been released on bail.

Police say they know the identity of the man who has died and have informed his next of kin.

They are being supported by specially trained officers and a post-mortem examination will be held in due course.

Officers investigating the incident are appealing for witnesses.

The force said: ‘Officers from the Serious Collision Investigation Unit want to hear from anyone who might have been driving in the area and caught dash cam footage, or those who might have witnessed the incident.’