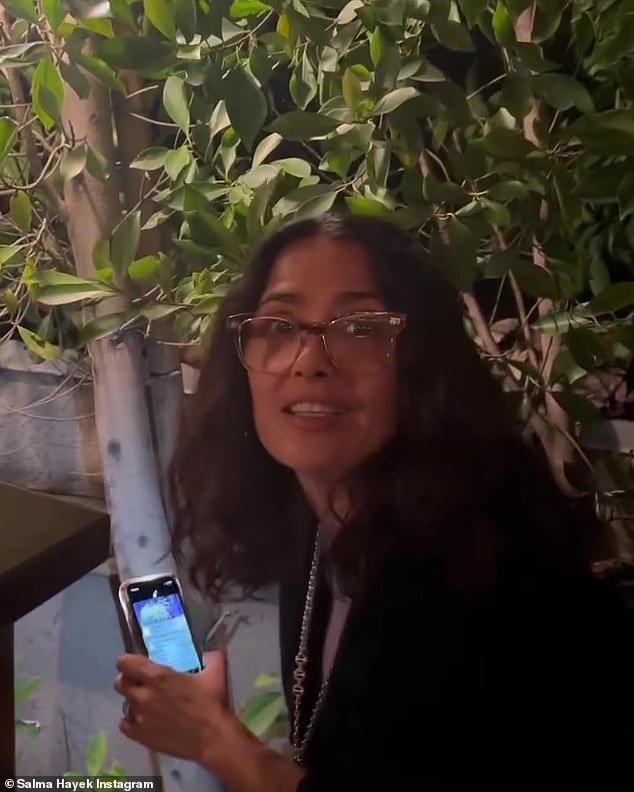 Salma Hayek had quite the close encounter with a wild raccoon.

The actress, who recently wowed at the Golden Globes, shared video of her feeding the creature a slice of pizza during a friend’s backyard birthday party.

Salma, 56, eagerly handed the furry raccoon a cheese pizza – who hungrily grabbed it with both his paws.

Close encounter! Salma Hayek shared video of her feeding the creature a slice of pizza during a friend’s backyard birthday party

‘Whoa, whoa, whoa!’ her friends reacted in the background.

‘Did you film that!?’ An amused Salma asked after the raccoon scurried back to the other side of the fence.

Salma was insistent her new furry friend didn’t leave the party on an empty stomach. 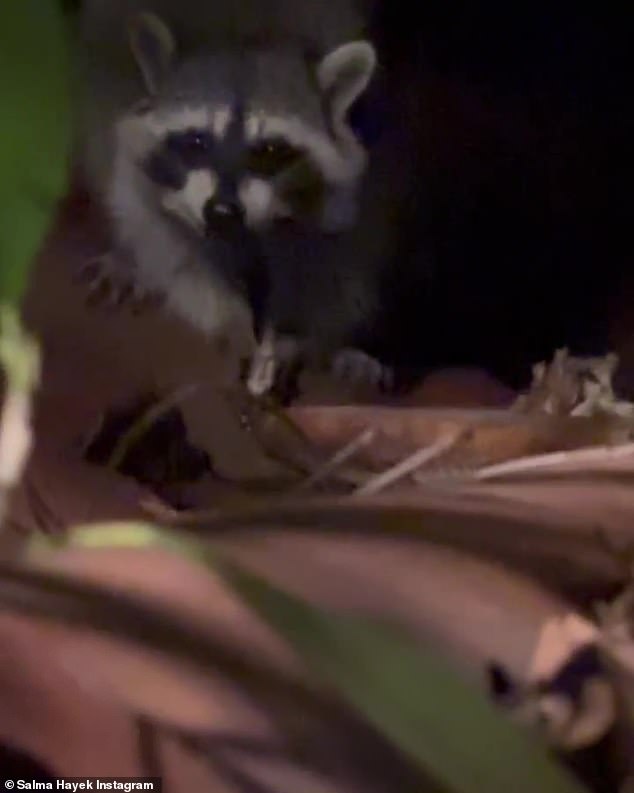 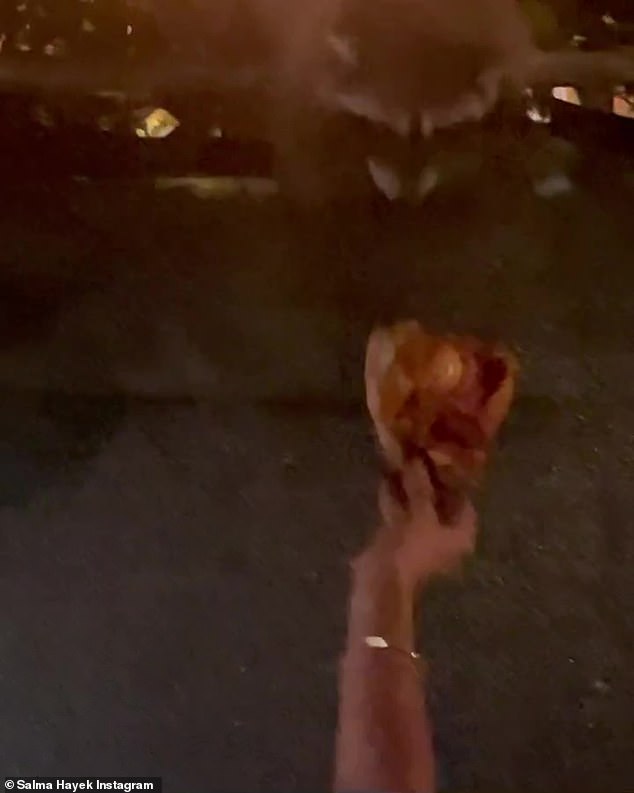 Unfortunately, the raccoon didn’t catch the pizza, leading Salma to wonder if he was in the mood for something else.

‘I think he wants chicken! Now he’s coming…’ she mused. ‘I’m on the street,’ she told one of her friends.

The post started with Salma marveling at the sight of the racoon devouring on some chicken. 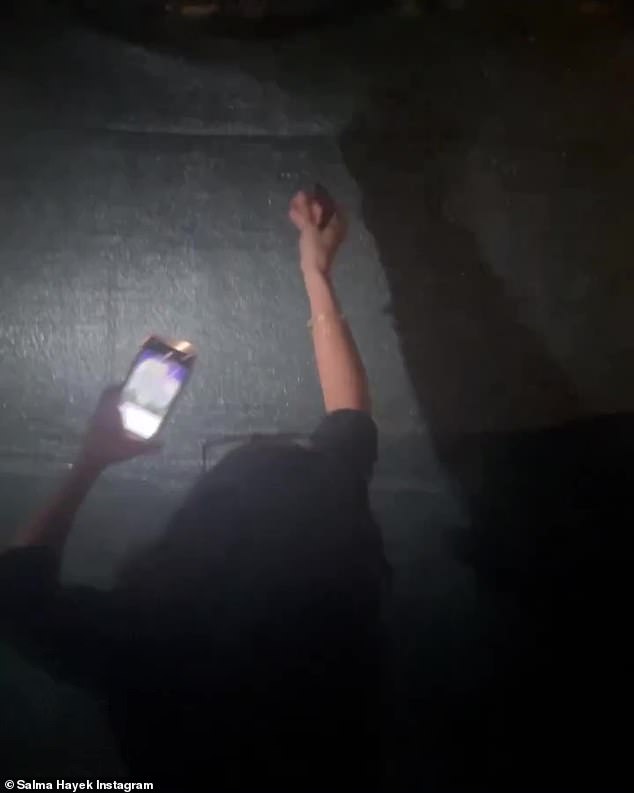 She’s determined! Hayek used her phone to light the way in her efforts to feed her new friend 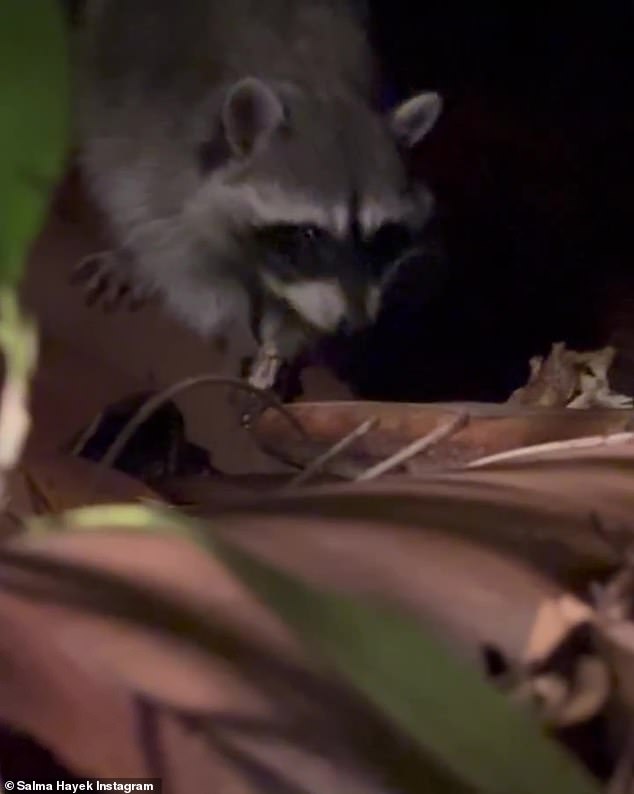 ‘Okay, amigo raccoon!’ Hayek was intrigued by the adorable animal

‘I spent all night marinating that chicken,’ one of her friends could be heard remarking in the background.

The video was captioned with numerous emojis and the following message: ‘When you are celebrating your dear friends birthdays and the raccoons still the night Happy birthday @heather_parry you rock !!! Happy birthday Balthazar.’

Seems as though Salma is thoroughly enjoying her break from filming as of late.

She will next be seen on the big screen in Magic Mike’s Last Dance, arriving in theaters February 10.

Yum! Salma procured a fresh slice of pizza for their unexpected guest

While little is known about her character, she recently opened up about a steamy lap dance she did with franchise star Channing Tatum.

Hayek, who replaced Thandiwe Newton in the sequel, plays a wealthy socialite, who learns that Mike isn’t really a bartender as he shows her his special skills with a dance.

‘I play a strong woman. You know what was my day going into the office? I would just sit around and watch, like, 12 men, semi-naked dancing and doing pirouettes. And I got to boss them around,’ she added.

She will also star in Angelina Jolie’s next directorial effort Without Blood, which is currently in post-production. The actress stars alongside Demian Bichir in the adaptation of Alessandro Baricco’s novel, adapted by Jolie herself. 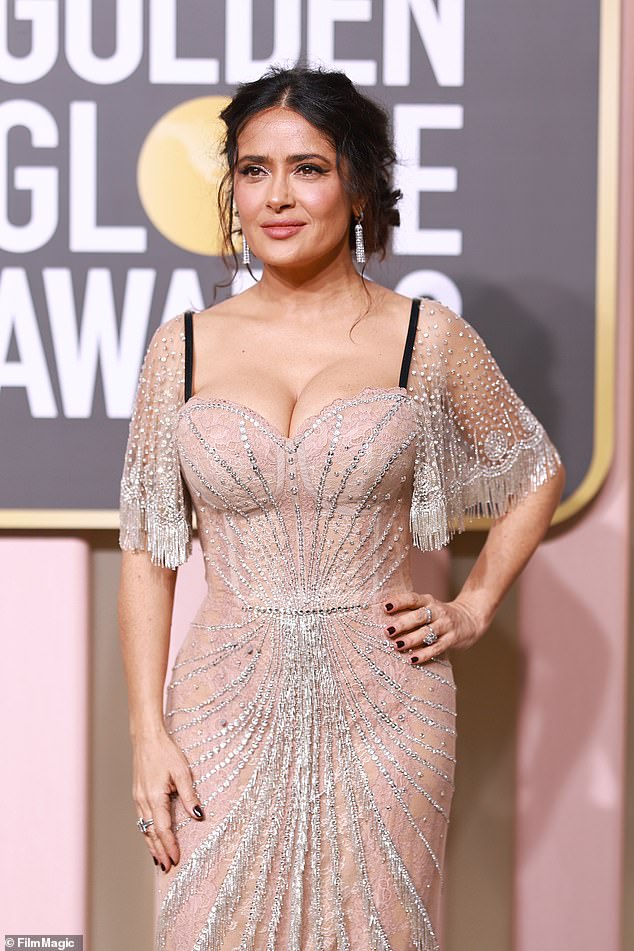 Back for more: She will next be seen on the big screen in Magic Mike’s Last Dance, arriving in theaters February 10