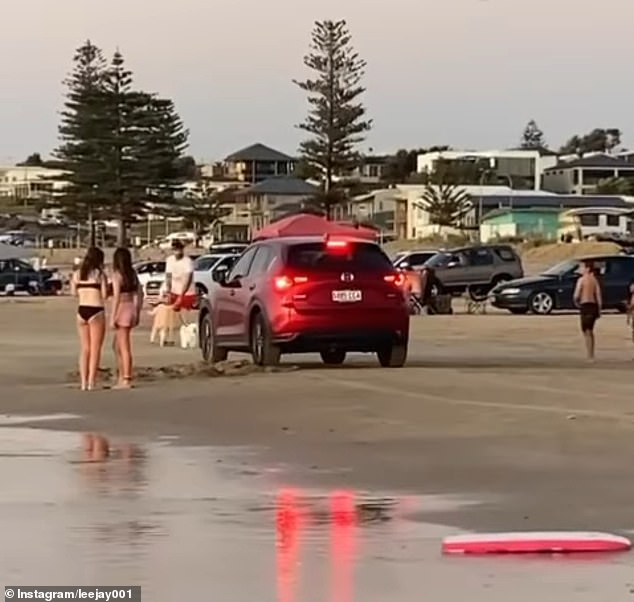 A woman has lost her license after driving erratically between families with young children on a busy Australian beach.

The car is seen to slow down and brake only when a small boy with a dog stands directly in front of its path.

A woman has lost her license after driving erratically around families with young children on a busy Australian beach.

A parent told 9News that the driver was “completely irresponsible” and that the incident “should never have happened.”

A witness surmised that the SUV had reached up to 60 km/h along the beach at one point.

The car eventually got stuck in the sand and its occupants tried unsuccessfully to get the vehicle out.

A girl who spoke to reporters on the beach claimed the driver ‘misled people’ when they confronted her about her behaviour.

Photos taken by bystanders showed police appearing and approaching the car after dark. 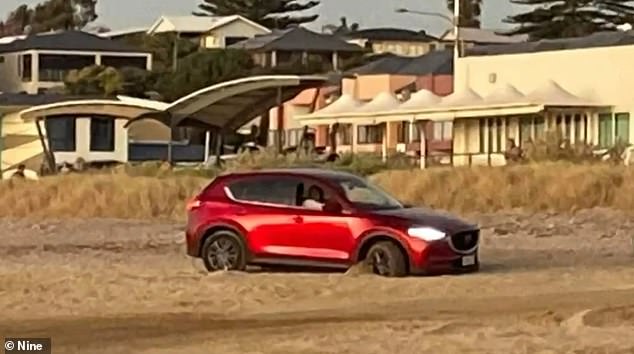 The car got stuck in the sand and its occupants tried unsuccessfully to get the vehicle out. 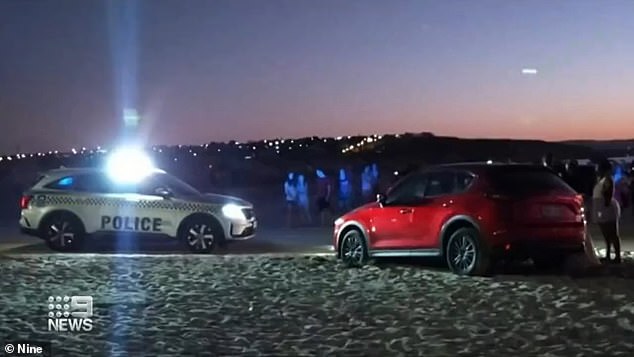 Photos taken by bystanders showed police appearing and approaching the car after dark.

“Person got stuck right after, an off-duty policeman called backup and five police cars arrived as the driver was arrested,” one person posted on Adelaide’s social media page.

The driver was asked to complete a breathalyzer test and refused, so he was taken to a nearby hospital for a blood alcohol test.

It is understood that the driver was suspended for one year as a result of the incident.