MONROVIA, Liberia (AP) – Liberian authorities acting on US security information have arrested two foreigners and are looking for two more suspected of smuggling $100 million worth of cocaine seized in the West African country, officials said Tuesday.

The estimated value of the drugs is one-fifth of most of Liberia’s post-war annual budgets since the civil war ended in 2003.

“We want to make it clear that Liberia will not be a haven for drug traffickers – be it a transit or final destination,” Justice Minister Frank Musa Dean said. “The arrested will face the full force of our law.”

Authorities say one of the suspects, a citizen of Guinea-Bissau, has been arrested in Monrovia, the capital. The second suspect, a Lebanese citizen, was arrested when he tried to flee the country.

Authorities are still looking for two other people — Brazilian and Portuguese nationals — who are still on the run, a Liberia Drug Enforcement Agency spokesman said Tuesday.

Officials have said 520 kilograms (1,146 pounds) of cocaine were hidden in a huge shipment of frozen poultry products that had been delivered to a cold storage facility near the Monrovia seaport.

Drug police officers who acted on the US tip are said to have stormed the facility shortly after the container arrived.

Officials say they are now trying to determine whether the drugs were transported through Liberia. According to experts, the country has been used for that purpose by drug smugglers because of the country’s weak and chronically underfunded security sector.

A statement from the US embassy thanked the government for acting on intelligence to carry out the arrests.

The success of this operation is the direct result of excellent communication between law enforcement agencies around the world, including Brazil, the United States and Liberia.

Under Liberia’s current laws, drug smuggling is a crime for which suspects can get bail. A bill that would strengthen penalties for drug traffickers has yet to be approved by the Senate and remains stuck in the legislature. 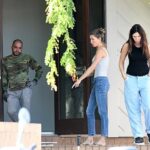