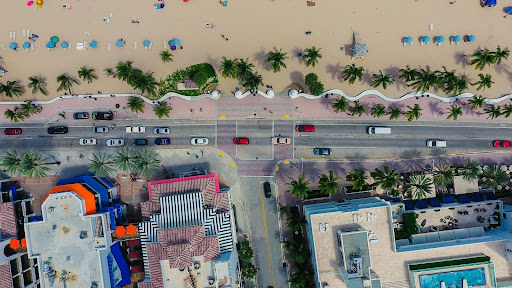 Fort Lauderdale is a beachfront Florida city, with neighbors Miami to the north and Palm Beach to the south.

While the city enjoys its beach-going tourists, its diversified economy designates it as one of Florida’s economic hotspots with heavy activity in finance, technology, television production, real estate, and more.

And Fort Lauderdale, FL’s commercial real estate market tends to draw eyes and ears from investors all over the country.

Fort Lauderdale enjoys 3,000 hours of sunshine each year, which draw millions of tourists to its beaches.

Thoroughly researching Fort Lauderdale’s commercial real estate market is the first step to opening a business in the area.

Fort Lauderdale: The “Venice of America”

Fort Lauderdale was named after Major William Lauderdale and built in 1838. Lauderdale is known for leading Tennessee volunteers to refuge in South Florida.

Fort Lauderdale would later receive the nickname “Venice of America,” inspired by its many hundreds of miles of inland waterways, many of which run through the city itself.

While Fort Lauderdale is a diverse hub of business opportunity, market research is key to proceeding with your venture.

Let’s start with a closer look at the variety of commercial real estate currently available in Fort Lauderdale.

These are the standard types of real estate in Fort Lauderdale.

Office commercial spaces are often combined with other types of commercial real estate. Office space is broken down into three classifications graded by property condition and affordability: Class A, Class B, and Class C. Class A office space provides premium amenities at premium rates, while Class C usually needs to be majorly renovated but is the most affordable.

As of August 15, 2022, the average asking rents per square foot for office space in Fort Lauderdale, Florida, are about $37.

Similar to office space, multifamily spaces that are the most expensive are located in the most premier locations and feature the best amenities. For example, a two-bedroom, three-bath apartment at Icon Las Olas, a luxury downtown development, currently rents for just over $9,000 a month.

NAR’s Index took a deep dive into the Fort Lauderdale market. Here are some takeaways:

The metro area’s commercial market and economic conditions are stronger compared to the national except for the lodging or hotel industry. It is at par with national conditions.

This earns the city an index of 72 (so it outperformed the U.S. on 18 indicators).

The numbers may possibly limit your options in some areas. However, they also suggest that your business has a better chance of success than if you were buying or leasing commercial real estate in other locations.

Like most larger cities, Fort Lauderdale offers a variety of commercial real estate options, from the once-in-a-lifetime purchase to bargain retail space in a less-than-ideal neighborhood.

For example, a 1.06-acre property in Lauderdale-by-the-Sea, described as “Anglin’s Fishing Pier Portfolio,” is currently offered for purchase for $45 million. The portfolio includes:

On the other end of the spectrum, retail showroom/warehouse real estate in a less-prestigious neighborhood can be leased for as little as $14 per square foot annually.

However, you may be setting up shop in one of the city’s most dangerous neighborhoods.

Your assignment? Before shortlisting your preferred neighborhoods and reviewing the average price per square foot, study Fort Lauderdale’s neighborhood demographics, including crime statistics.

The square footage of the property is generally used to determine its pricing on an annual, per-square-foot basis when leasing and a direct price-per-square-foot when buying.

To begin researching typical pricing, keep the following in mind

Do your research and stay diligent.

While certain retail businesses have a nearly-universal appeal, such as an informal eatery or deli, others will appeal to a certain age group and lifestyle.

Therefore, before you begin shopping for retail commercial space in Fort Lauderdale, you need to ask yourself: will the locals be interested in what I have to sell? 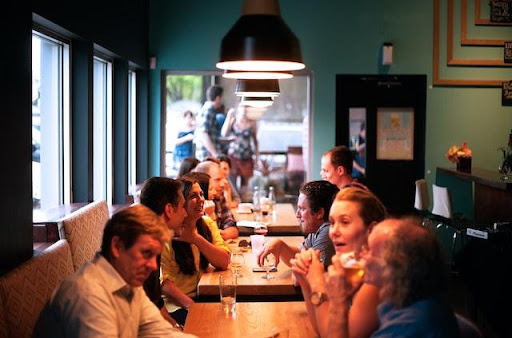 Fort Lauderdale restaurants are often busy during the tourist season…but will yours bring in the locals, too?

According to a recent demographic survey:

To determine affordability, take some time to really identify your business’s differentiators when it comes to its location: What new and exciting features and experiences will it offer the locals and customers? Is it a good fit with the area’s personality?

Putting in this time and effort will reap dividends in the long run and help you solidify profitability.