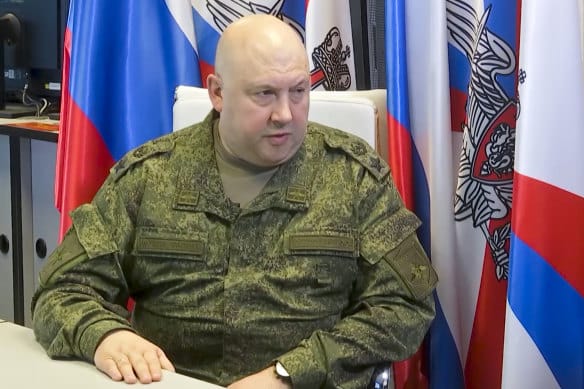 London: The military commander known as “General Armageddon” has stabilized Russia’s front lines in Ukraine since taking over in October and injected discipline into his army, analysts say.

The military experts say General Sergei Surovikin’s organizational abilities and ruthlessness make him a dangerous opponent for the Ukrainian army.

“He is probably the most capable commander Russia has appointed to date,” said Dara Massicot, a senior policy researcher at the Rand Corporation, a US security think tank.

Surovikin took command of the Russian forces in Ukraine as they reached a disorganized and demoralized nadir.

The Kremlin army had been routed from Kharkiv in northeastern Ukraine, the hold on Kherson in the south was broken, and Western long-range artillery destroyed supply lines.

Needing to change things urgently, Vladimir Putin promoted Surovikin, a 56-year veteran of campaigns in Syria and Chechnya, to general commander of the armed forces in Ukraine.

His first challenge was to convince Putin to allow the Russian military to withdraw from Kherson, Russia’s main invasion conquest.

“During that operation, I saw some predictions that the withdrawal across the river would end in a massacre of the Russian forces. It didn’t,” said Massicot. Since the withdrawal, Russian soldiers have dug a network of trenches that take advantage of the natural defenses of the Dnipro River and will be difficult for Ukrainian troops to breach.