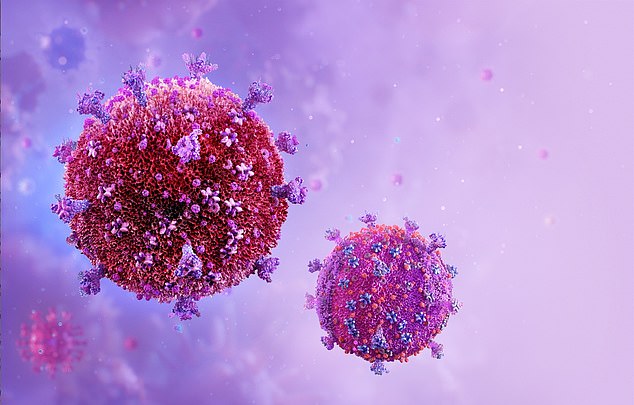 An experimental HIV vaccine being developed by Johnson and Johnson has been scrapped after early data showed it did not work.

It is the latest blow in the search for a cure for the disease that still kills 2,000 people in the United States each year despite highly effective drugs available that can allow people to live without symptoms and as if they did not have the virus. . .

Researchers at the New Jersey-based company said the results were “disappointing” but they were determined to find new treatments.

At least five HIV vaccines have now failed, campaigners say after another Janssen shot against the virus was shelved in August 2021.

The phase three trial included 3,900 men who have sex with men from eight countries, including the US. It was supported by the National Institutes of Health.

They were divided into two groups and given either a placebo, or a dummy vaccine, or the experimental vaccine given in four doses for one year.

All were also offered pre-exposure prophylaxis (PrEP) for the duration of the study, which can prevent new HIV infections.

The scientists hoped that the experimental vaccine would trigger broad immunity against a variety of strains of HIV.

But a review by independent safety experts found that new HIV infections were emerging in both groups at roughly the same rate, Stat News reports.

The experimental vaccine used a ‘mosaic’ of antigens/immunogens, which viruses use to invade cells, from various strains of HIV to trigger immunity against the virus.

The final two doses also included an HIV protein envelope, which the virus uses to contain its DNA.

It was given to patients using a weakened common cold virus, adenovirus, which was also used in the company’s one-shot Covid vaccine, which is no longer recommended for use in the US.

Dr Penny Heaton, head of Janssen’s global team of researchers, said: “We are disappointed with this result and stand in solidarity with people and communities affected by and vulnerable to HIV.”

“We remain steadfast in our commitment to promote innovation in HIV, and we hope that the Mosaico data will inform future efforts to develop a safe and effective vaccine.”

“I’m not sure we know exactly where the next big investment will come from because there is no obvious HIV vaccine candidate that is next in our efficacy pipeline,” he said.

This is another reason why this result is disappointing. This was the last true product in development. And the other activities in the field, which are very exciting… (are) quite (remote).’

Janssen also had to abandon its phase 2b trial of a similar HIV vaccine when the data also showed that it had not worked.

Known as the Imbokodo trial, it was carried out on women from sub-Saharan Africa.

Moderna scientists are also looking to make an mRNA vaccine against HIV, the same technology implemented in Moderna and Pfizer’s Covid shots.

But the scientists say a new approach may be needed to activate protection against HIV, rather than a new way of delivering antigens.

HIV has proven to be a difficult foe for scientists because the virus constantly changes its antigens, making it difficult for the immune system to detect and fight it.

Nine strains of HIV are already known, each binding to several different substrains. Scientists are constantly finding new ones.

BUT there are highly effective drugs like PrEP, which reduces the risk of contracting HIV by about 99 percent if someone is exposed to the virus while taking the drug.

Post-exposure prophylaxis is also available for people who are or think they have been exposed to HIV. It is about 80 percent effective in preventing infections if taken consistently and correctly.

The virus is no longer a death sentence for Americans, with available treatments that can suppress it to levels below detectable.

About 1.2 million Americans have HIV, which disproportionately affects gay and bisexual men in the country.

Cases in all groups have been on a downward trend in recent years, estimates show, but around two-thirds of new infections are still detected among gay and bisexual men each year.

The latest data goes up to 2020, but the interruption of services due to the pandemic is feared.