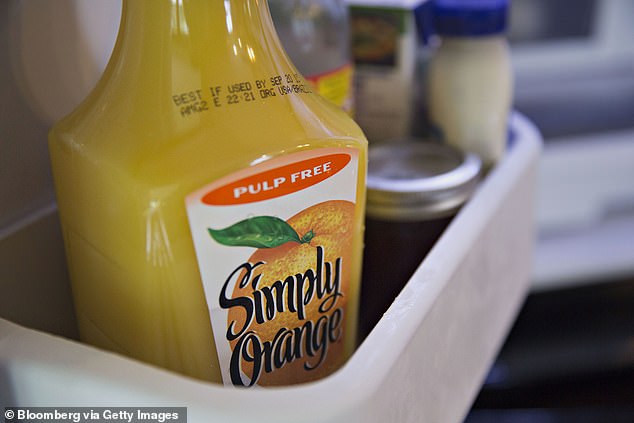 Coca-Cola is facing a lawsuit over claims that its Simply orange juice contains forever toxic chemicals.

The lawsuit claimed that the product misled customers with claims of being an all-natural product.

Third-party testing was alleged to have found the juice contained PFAS, known as forever chemicals, at levels hundreds of times greater than federal limits for drinking water.

Exposure to high levels of PFAS can increase the risks of kidney or testicular cancer, fetal complications, liver disease, and elevated cholesterol levels.

The label stating the juice is natural is said to be deceptive and misleading, according to the lawsuit.

Joseph Lurenz filed the suit on December 28 in the United States District Court for the Southern District of New York against the Coca-Cola Company and Simply Orange Juice Company.

PFAS are man-made chemicals used as oil and water repellents and coatings for common products such as cookware, carpets, and textiles.

These endocrine disrupting chemicals do not break down when released into the environment and continue to accumulate over time.

PFAS chemicals can contaminate drinking water supplies near facilities where the chemicals are used.

PFAS contamination has been detected in water near manufacturing facilities, as well as at military bases and fire training facilities where PFAS-containing foam is used.

They also enter the food supply through food packaging materials and contaminated soil.

He said the company misrepresented its products, using terms like “simply natural,” “nothing to hide” and “all natural” on their labels, despite containing PFAS.

Mr. Lurenz believes that the defendants knew that the fruit juice contained dangerous chemicals that may pose a health risk, but failed to disclose the information to consumers.

He said: “In fact, (the) plaintiff’s test has revealed that the product contains per- and polyfluoroalkyl substances (‘PFAS’), a category of synthetic chemicals that are by definition not naturally occurring.”

The lawsuit says third-party testing revealed PFAS in the juice. No specific test results were provided, but the lawsuit says the levels were “hundreds of times” above federal limits for drinking water.

The juice is marketed as all-natural and contains labels that say ‘made simply’, a claim the plaintiff disputes.

PFAS chemicals are also found in items such as cookware and food packaging, often used for their non-stick, heat-resistant, and waterproof properties.

According to the US Food and Drug Administration (FDA), PFAS it does not break down easily and can accumulate in our bodies and in the environment.

The same properties that make PFAS chemicals useful in products also make them dangerous to consume: the chemicals’ ability to be long-lasting and break down slowly.

People can be exposed to PFAS in many ways, although water is considered the main way.

However, PFAS are also found in air, fish, and soil in places around the world. There are thousands of PFAS chemicals that are used to make various products. 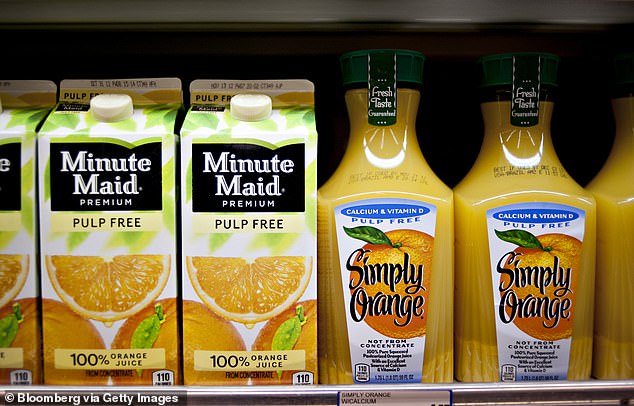 It is currently unknown how the PFAS chemicals contaminated the water used to make the juice and whether the chemicals are also found in the packaging.

“As one of the world’s most recognized brands, The Coca-Cola Company knows the importance of marketing and labeling, including the value of carefully chosen representations of the label to place on the Product,” said the complain fixed.

The lawsuit claims that the branding of the product is designed to increase sales to unsuspecting consumers.

This is done by targeting health-conscious shoppers who believe orange juice is simply all-natural and free of synthetic ingredients, which are harmful for human consumption, according to the complaint.

The test was performed independently to verify PFAS chemicals.

The plaintiff is seeking undisclosed monetary compensation for himself and the class action lawsuit, along with damages and civil penalties to be issued against the brand.

Drinking orange juice is often considered beneficial for health, as the drink has been shown to reduce the risk of strokes by almost a quarter, according to a study.

Many people drink orange juice if they have a cold, as it is known for its vitamin C content.