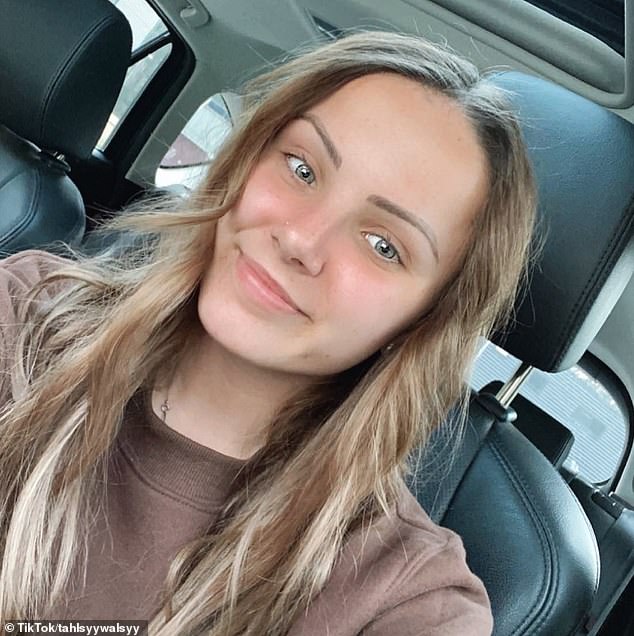 A childcare worker has revealed the “gross” she can’t handle while working at a daycare.

Tahlia, 20, from Melbourne, listed all kinds of frustrations she has on a day-to-day basis, from parents sending their children to daycare with a cold, to dressing them the wrong way and packing the wrong kind of lunch.

The video sparked outrage from many parents, but many other industry workers agreed with the complaints and added their own annoyances.

scroll down for video

Tahlia, 20, from Melbourne (pictured) has revealed the things parents do that daycare staff absolutely hate 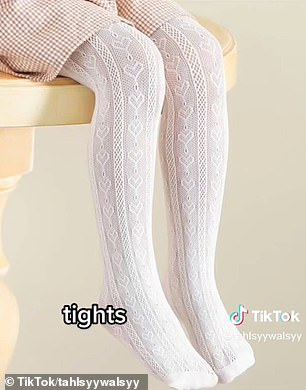 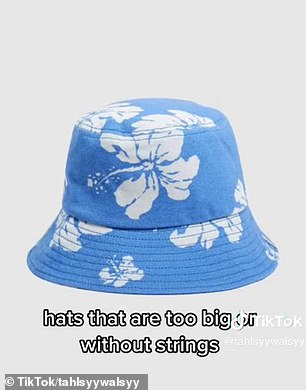 Tahlia shared the list of surprising things parents send their kids to daycare that frustrate workers, including socks and hats (pictured). The video sparked outrage from many parents, but hundreds of daycare workers agreed with the complaints and added their own childcare concerns.

Do you agree with these fads of child care workers?

“Things I started to hate in childcare,” Tahlia said in a TikTok video.

The first pet hate you listed was when parents send kids in leggings as they are hard to get on and off.

She also criticized parents who send their children out in sundresses, which she says are “not sun-smart”.

“I love the look, sometimes it can make things more difficult,” Katie said of the trendy outfits some kids wear to daycare.

Tahlia also mentioned high tops and overalls as some of the most annoying pieces of clothing, especially when worn by children who aren’t fully potty trained.

“It doesn’t support their self-help skills at all and can cause them to have accidents again,” he explained.

She also said that she hates “designer clothes that you can’t get dirty.”

Many other child care workers chimed in to share their complaints with parents.

Several said they hate jeans or any tight pants on potty-training boys and hard-to-wear items like gloves instead of mittens.

3. Not including spare equipment

4. Send a child when he is not well

5. Leaving medicines in the child’s bag

6. Send babies with a full diaper

8. Not telling staff members who is picking up your child

10. Parents coming to closing and hoping for a deep trade 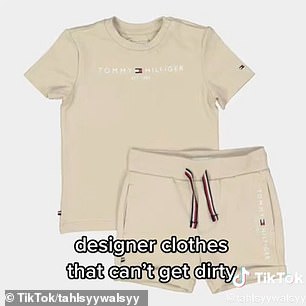 Many of the reasons Tahlia gets upset are because the clothes or accessories are impractical. He hates it when kids wear clothes that are hard to put on or take off for potty training and expensive clothes that can’t get dirty (pictured)

‘I hate white clothes, which can stain. I swear some parents like to test our patience sometimes,” said one woman.

‘Any shoe with laces is the bane of my life. He spends all day tying them up. Don’t lace up kids who can’t tie their shoelaces,” added another.

His first pet peeve was to send the children without labeling their clothes with their names.

He also criticized parents who send their children when they don’t feel well and those who leave medicine in a child’s bag without signing it. 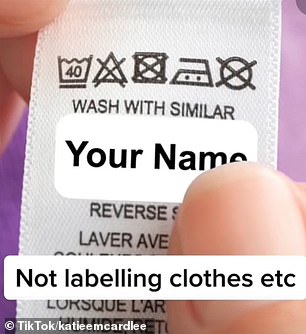 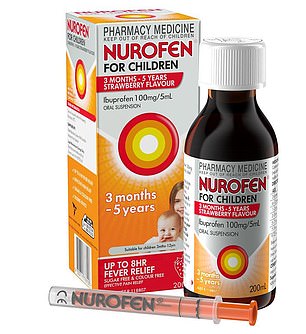 British daycare worker Katie hates it when parents send children off without labeling their clothes (left). She also criticized parents who send their children in when they’re not feeling well and those who leave medication in a child’s bag without signing (right).

She agreed that she hates it when kids are sent out with clothes they can’t dirty, and when parents don’t include spare clothes.

Another thing parents do that annoys Katie is not telling staff members who is picking up their child.

She explained that they will not easily give a child to someone they have not met before.

Parents were also warned not to allow their children to bring small toys or stuffed animals that are easily lost.

“No, I’m not going to spend an hour looking for the hot wheels cars that I told you not to let your son bring,” said a daycare worker.

A bone of contention for many daycare workers was sending babies to daycare with a full diaper or potty-trained children in pull ups, especially the non-velcro kind.

Staff also say they get annoyed with messy foods like yogurt or unpeeled fruit.

One child care worker said she hates “parents who come up close and expect a deep transfer.”

“It’s hard for close staff, especially when they don’t know the child personally,” another agreed. 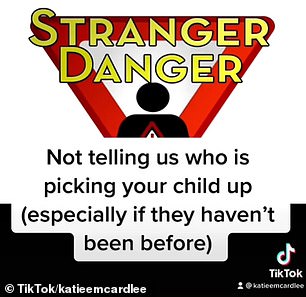 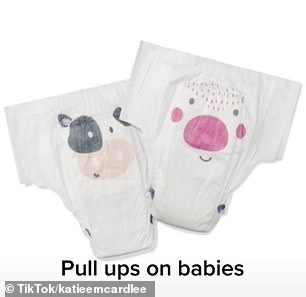 Another thing parents do that annoys Katie is not telling staff members who is picking up their child (left). A bone of contention for many daycare workers was sending babies to daycare with a full diaper or potty-trained children wearing pull ups, especially the non-velcro type (right).

Many parents were outraged by the comments, saying they felt ‘attacked’.

“That’s why I feel insecure as a parent sending my son to daycare when I know they have so many animals that they hate,” said one mother.

“Things I hate as a mom: ridiculous childcare fees that make going back to work pointless,” another commented.

Several people objected to not being able to send a child with a cold to daycare.

‘I send my poor son to kindergarten. I can’t afford to miss a payday as I’ll still be charged for that day!’ said a woman.

Some people are too sensitive! Katie Mcardlee hit back.

“I’m in no way shaming any parents or anything, this was just a bit of fun.”