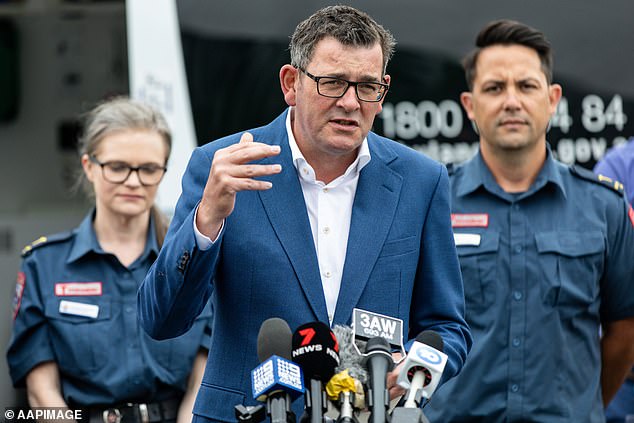 Daniel Andrews REFUSES to give Cardinal George Pell a state funeral, arguing he “couldn’t think of anything worse for the victims” – and Dominic Perrottet isn’t thrilled either

Daniel Andrews has confirmed there will be no state funeral for Cardinal George Pell as it would be “deeply upsetting” for survivors of sexual abuse.

The Vatican announced on Wednesday that the cardinal died at the age of 81 from heart complications following hip replacement surgery in Rome.

In response to questions about whether the Victorian government would organize a memorial to the Cardinal, the Victorian Prime Minister made it clear that no service would be offered.

“I couldn’t think of anything more embarrassing for the survivors of the victim,” Andrews told reporters Thursday morning.

“These things are usually on offer and no offer will be made.

“I think that would be a very, very distressing thing for any survivor of Catholic Church child sexual abuse.

While the date of an official funeral for Cardinal Pell has yet to be announced, Andrews said he doubted he would attend.

Prime Minister Anthony Albanese has also not confirmed whether he will attend.

It is clear that the NSW government will not hold a state funeral for the cardinal either, the Guardian reported. 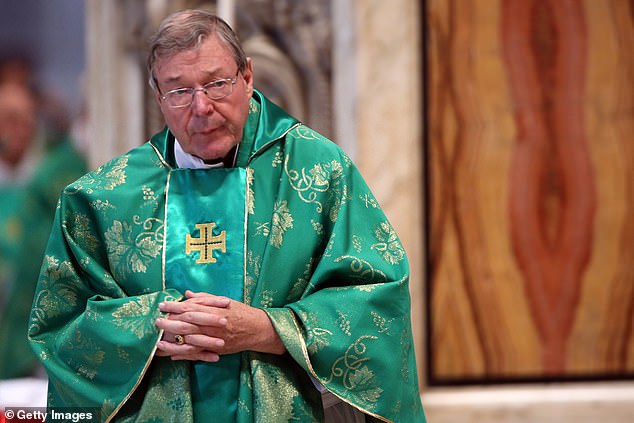 Mr Andrews also took the opportunity to offer his support to victims of sexual abuse who had grown up in the Catholic Church.

“We must never forget that predator brothers and priests were consciously and deliberately moved as part of a strategy,” he said.

‘We must never forget that.

“We will never forget the survivors of institutional child sexual abuse by the Catholic Church.”

The Prime Minister offered his thoughts to Cardinal Pell’s loved ones after his death.

Cardinal Pell was convicted of molesting two choirboys in the late 1990s and served 404 days in prison before his convictions were overturned by the Supreme Court in 2020.

WHAT WAS CARDINAL PELL ACCUSED OF?

Cardinal George Pell was accused of molesting two choirboys in the late 1990s when he was Archbishop of Melbourne.

He served 13 months in prison before being acquitted in 2020 after the Supreme Court overturned his child sexual assault convictions.

“My trial was not a referendum on the Catholic Church, nor a referendum on how Church authorities in Australia dealt with the crime of pedophilia in the Church,” he said on release.

“It was about whether I committed these horrible crimes, and I didn’t.”

In documents released after his case, the royal child abuse commission found it “unlikely” that senior church figures had failed to tell Cardinal Pell that child sexual abuse was taking place in the Archdiocese of Ballarat.

There were concerns that these findings would harm a jury.

The royal commission ruled: ‘We are also satisfied that in 1973 Cardinal Pell was not only aware of the sexual abuse of children by clergy, but that he had also considered measures to avoid situations which could lead to gossip.’

Cardinal Pell denied ever knowing that children were being abused at the church when he worked there, including by pedophile priest Gerald Ridsdale.