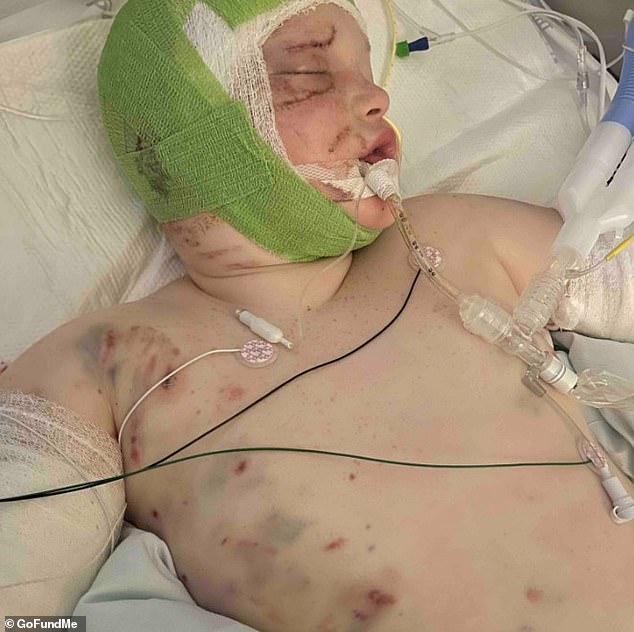 An 11-year-old Georgia boy has lost 70 percent of his scalp after being dragged into a ditch by three growling pit bulls.

Justin Gilstrap, of Appling, Columbia County, was riding his bike outside his home Friday when his neighbor’s three dogs broke free and chased him.

One of the dogs grabbed onto his leg before the others joined in, pulling him off the road into a nearby ditch.

There they began to tear him apart, ripping chunks off his scalp, ears, chest and legs and their owner later admitted that they enjoyed chasing bicycles.

Talk to local sales point WRDW newssaid his devastated mother Ericka, who had previously reported the dogs to authorities, “He was just a little boy playing outside, like all boys do.”

Justin Gilstrap, 11, was reportedly cycling in Apping when the animals attacked him and pulled him into a nearby ditch 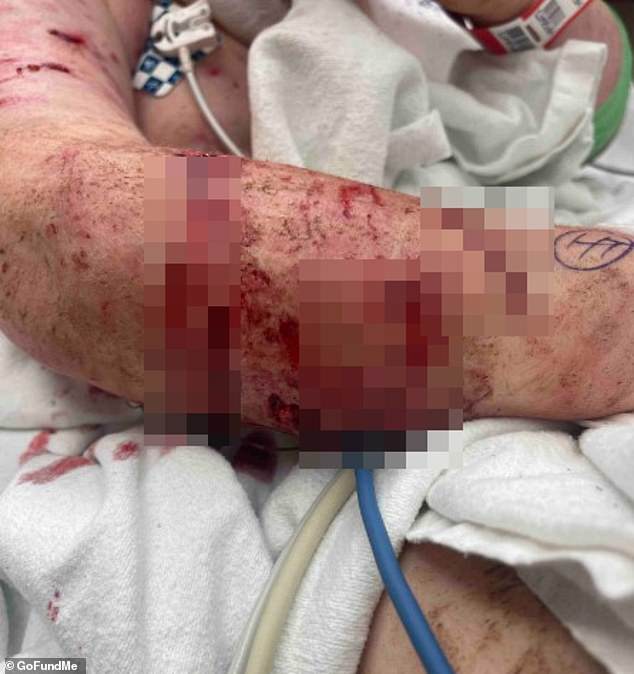 Justin suffered cuts all over his body, losing 70% of his scalp and half of his ear 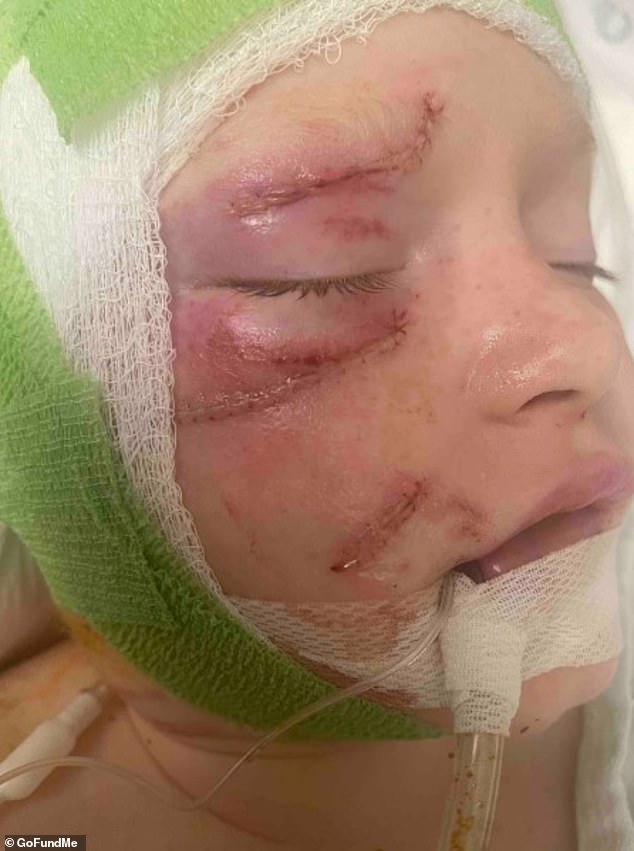 Doctors put Justin in an induced coma as they fought to stop the bleeding. They finally managed to close his wounds

The pit bulls destroyed Justin to within an inch of his life before running off.

He was found minutes later by relatives lying helpless in the sand by his cousin who alerted mother Ericka who called 911.

Justin was rushed to hospital and placed in a medically induced coma as doctors worked to save his life.

On a GoFundMe page committed to raising money to pay Justin’s medical bills, Ericka wrote, “He’s missing 70% of his scalp, has several cuts and staples, they couldn’t close the wound on his leg, and now he has a fever.”

Columbia County deputies added that one of his ears was torn apart in the attack.

Justin remained in a coma until Sunday morning, when Ericka offered an update on his condition.

This morning he woke up and started crying. He talked to us about his bike and his Georgia boots. That’s all replaceable, he’s not! It was pathetic! I hope he doesn’t remember any of this. This has really been a living nightmare.’

Ericka added, “He should be home right now on his bike, you know, not sedated in a hospital bed. Just kills me, absolutely kills me. My poor baby.’

The pit bulls, meanwhile, were apprehended by Animal Control shortly after the attack.

The dogs’ owner, Burt Baker III, had been the subject of several complaints related to his pets.

A statement from the Columbia County Sheriff’s Office: Read: “At around 7:00 PM (Friday), we were called to 212 Langston Drive in connection with a dog attack on an 11-year-old boy.

“When we arrived on scene, animal control was in the process of taking three dogs into custody.

All three dogs attacked Justin on the side of the road in the ditch, causing significant injuries to his body that appeared to be life-threatening at the time. Justin was taken to the AUMC for emergency surgery.

The owners of the dogs, Burt Baker III, arrived on the scene and admitted the dogs were his, later stating that they enjoy chasing people on bicycles. After learning from Animal Control Officer Dana Csira that Baker has had reports and warnings in the past, Burt was taken into custody on charges of reckless endangerment.”

In her GoFundMe post, Ericka herself pointed out that she had made several complaints to local officials about the dogs, to no avail.

“The sad thing is we have reported these dogs several times before! Columbia County did nothing! It’s sad it took them so long to finally do something,” she said.