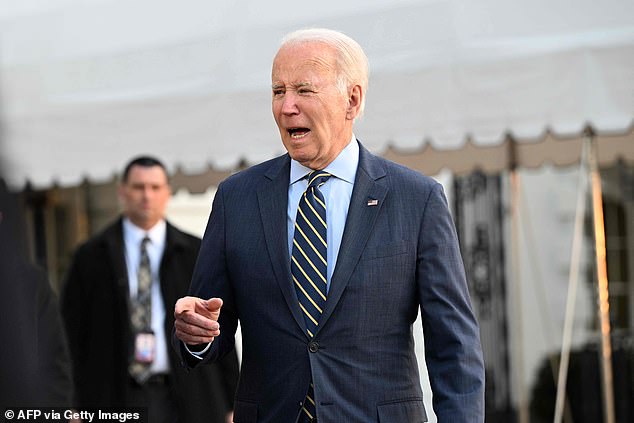 President Joe Biden is calling on Transportation Secretary Pete Buttigieg to launch a full investigation into a disruption that caused flights across the United States to be grounded or delayed Wednesday morning.

The Federal Aviation Administration (FAA) had asked all airlines to temporarily ground domestic flights until 9 a.m. ET as officials frantically search for what led to the disruption of an important safety system.

Biden told reporters early Wednesday that he has already been in touch with Buttigieg and indicated he would keep a close eye on the developing matter.

“I told them to report directly to me if they find out,” the president said shortly before 8 a.m. ET.

‘Planes can still land safely, but not yet take off. They don’t know what the cause is, they expect to have a good picture of the cause in a few hours and will then react.’

It comes just over a week after the Department of Transportation opened an investigation into Southwest Airlines over its massive flight cancellations over the Christmas holiday.

Buttigieg released his own statement an hour earlier announcing he was cooperating with FAA officials to investigate.

“I have been in contact with FAA this morning regarding a failure of an important system for providing pilot safety information,” the transportation secretary said. 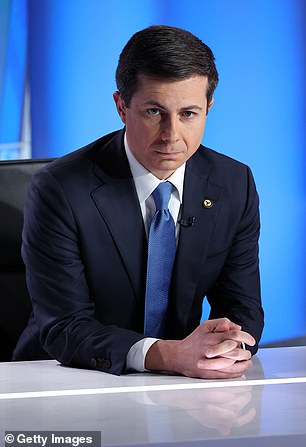 “FAA is working to resolve this issue quickly and safely so that air traffic can resume normal operations, and will continue to provide updates.”

All flights currently in the air can land safely, according to the FAA.

The body announced at 6:30 am on Wednesday that its air mission notification system was not working properly.

It “warns pilots about closed runways, equipment failures and other potential hazards along a flight path or at a location that could affect flight,” the FAA said.

As of now, National Airspace System operations remain “limited” and the Notice to Air Missions system has still not fully recovered.

There is currently no evidence that a cyberattack caused the outage, said White House press secretary Karine Jean-Pierre.

However, she said Biden had directed the transportation department to launch a “full cause investigation.”

The new flight crisis comes hot on the heels of Southwest Airlines’ holiday season collapse, which led to the cancellation of about 16,000 of the company’s flights between Dec. 21 and Dec. 31. 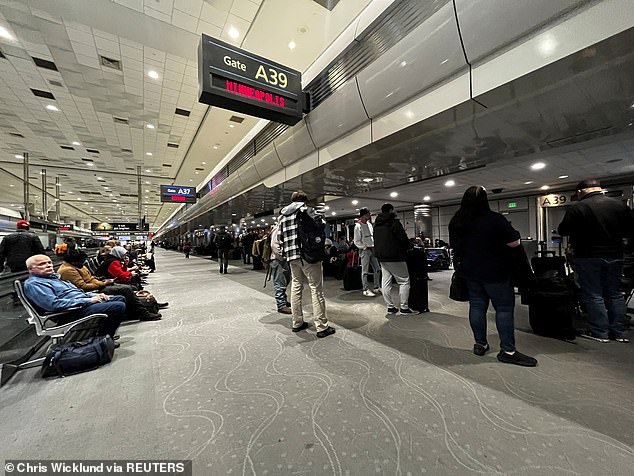 People wait at Denver International Airport as flights were grounded after an FAA system failure in Denver, Colorado, U.S., January 11, 2023 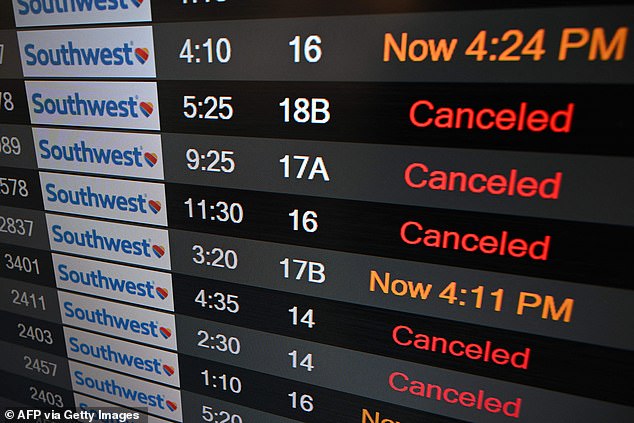 In this file photo, taken Dec. 28, 2022, a display shows canceled flights in the Southwest Airlines baggage hold at Los Angeles International Airport. The collapse of the airline’s holiday travel came just before this morning’s outage

Scenes of long queues at airports and stranded passengers sleeping on seats or seeing family cancel plans gave a grim undertone to the first holiday season, largely without COVID-19 restrictions since 2019.

Buttigieg warned Southwest at the end of the crisis that his department would “use as much of its investigative and enforcement powers as possible to hold Southwest accountable if it fails to honor promises made to reimburse passengers.”

Republican lawmakers were quick to call the Biden administration on the back-to-back issues.

ALL domestic flights are grounded for the first time since 9/11. It’s just one transportation crisis after another under Biden,” New York GOP Representative Nicole Malliotakis wrote on Twitter before flights resumed.

“Instead of worrying about racist roads and gas-powered cars, he should focus on REAL transportation and cybersecurity upgrades.”

Washington Rep. Rick Larsen, the leading Democrat on the House Transportation and Infrastructure Committee, indicated on CNN’s morning show that Congress should investigate whether updates were critical to the FAA.

“I think the situation raises the question of the current state of the technology infrastructure at the FAA,” Larsen said. “Members of Congress will want to see the results of that after-action report.”