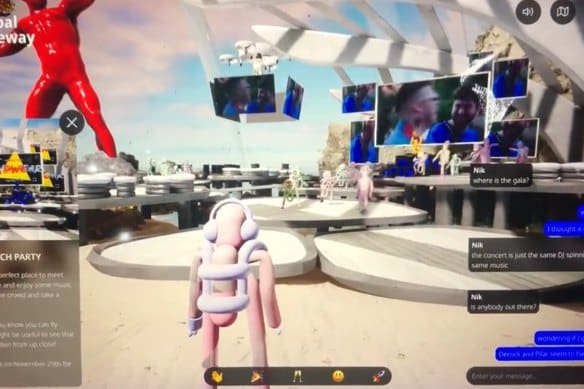 Brussels: A European Union plan to throw a virtual party in the “metaverse” to get young people involved in its policies backfired spectacularly after only six people showed up.

The EU Commission’s foreign aid department allocated £332,000 ($500,000) to create the metaverse where people could log into a virtual concert to meet people and learn more about the bloc.

The event, with its own virtual DJs playing music repeatedly, had to be so digitally attractive to young people that the EU could inform them about its development policy once they were there.

exposed the disappointing turnout. “I’m here at the ‘gala’ concert in the metaverse of the EU’s foreign aid department. After initial baffled conversations with the five or so other people who showed up, I’m alone,” Vince Chadwick posted online.

The warning signs were there.

Only 44 people had ‘liked’ the online promotional video, which showed futuristic avatars hopping along to pulsating house music. The metaverse is a new social media platform of online meeting rooms from Meta, the company behind Facebook.

The event’s target audience, according to the commission, was 18-35 year olds “who identify as neutral about the EU and are not particularly involved in political issues”.

Brussels unveiled the metaverse in mid-October, but it’s struggling to get support from even those working in the EU department behind it. devex

reports that a source within the European Commission called the special metaverse “digital junk”.

And the fiasco has drawn scorn from some EU observers.